Take a Ride Into the Future 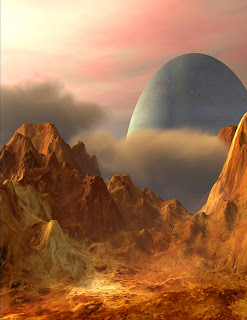 Step into the Future - Walk in the Stars

In secret dreams, women imagine being taken by a handsome, dashing warrior who whisks them away to a life of passion and overwhelming love.  But in reality, being kidnapped by a desperate male isn't what romance authors make it up to be.  From a historical standpoint, women were considered highly valuable. They brought with them their tribe/clan's customs and new blood to add strength to the tribe.

“Bride kidnapping, also known as marriage by abduction or marriage by capture, is a practice throughout history and around the world in which a man abducts the woman he wishes to marry."

History is replete with tales of kidnapped women, their tribulations and quite often sad endings.  Laws were enacted to protect women from such a fate, but even today, bride kidnapping is alive and well in many countries throughout the world.

The Chalice  - the video 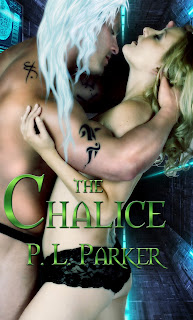 Ahh! So she wanted to discuss the upcoming ceremony. Some of his excitement waned. He could breathe again though his groin still ached with need.
“How?” Her look was questioning.
This isn’t going to be easy. Keep my mind off the delectable curves of her mouth would take greater concentration.
He pointed to himself and then to her. “Tegan. Kara.” He struggled to find the right words. “Join Mordaq. Hanna.”
Forget Mordaq and Hanna! He wanted to tell her about himself. Tell her what was in his heart. All his hopes and dreams—and those secret ones he harbored of her.
He wanted a life for himself. He wanted Kara. Not because Kormak chose her for him, but because everything about her was exquisite and compelling. Each moment in her presence only served to make that yearning even more deep-seated.
Of its own volition, his hand reached across the table and brushed a stray lock of hair from her face, lingering on the delicate curve of her temple. Her skin was so soft, silky.
She froze, only her eyelids moved, flaring in response.
He couldn’t bring himself to move his hand. The feel of her heartbeat pumping beneath his fingers, fast and erratic, was a soothing balm to his battered soul.
She turned a slight degree, lips caressing his palm. Warm breath heated his sensitive skin. A trembling started in the pit of his stomach, spreading outward as she nuzzled and—did she press a kiss? ‘Twould seem so. She reached up, cupping his hand as she nibbled and tasted. The feelings evoked by her touch were both erotic and disturbing. He forced himself to stillness, breathing held in check, enraptured by the feel of those velvety lips pressed against his skin. If he died at this moment, it would be enough.
Okay, big boy, Kara thought. Let’s see if you’re interested!
She pressed one last kiss to his palm, stood up and edged slowly around the table, like a cat stalking prey, careful to avoid any unexpected movement and frighten the victim into flight. If she was right—and she suspected she was—Tegan was a virgin and, like most virgins, uncomfortable in sexual encounters until they got past that first time. Not that she planned an all out seduction, but being ignored by a hot guy—and especially this guy—didn’t set well with her.
I just want him to notice me! Yeah, right! She wanted him to do more than notice her, at least not run whenever she was nearby.

For a list of the participants to the Giveaways, here's the link:

looking forward to reading Beyond Tomorrow!

Thank you so much!

They look awesome, thanks!

I really liked the excerpt from The Chalice. I am adding it to my TBR list thank you.
kleah921(at)gmail(dot)com

Thanks for stopping by people!

Beyond Tomorrow looks awesome, thanks for the giveaway!

Love the visits. Keep them coming my friends!

Thanks for the great giveaway and excerpt.

Thanks for stopping by Andrea