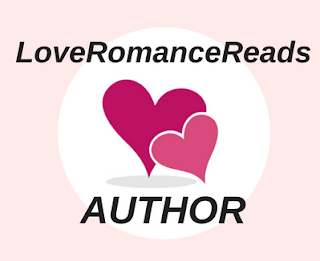 June 12 - I'm one of the authors in the giveaway at Love Romance Reads.  I'll be giving away an e-copy of Abaddon Rising, but that might not be all.  Enter to win my giveaway, but also check out all the other wonderful giveaways currently being 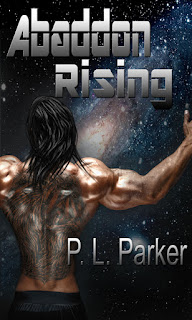 Kanaan perched on a high ledge watching the drama below. The female crouched against the slave gate glaring at the horde of leering male slaves as they crept forward. She wouldn’t last the night. None of the females did in here. She’d be torn limb from limb but not before she was forced to endure the bestial attentions of the dominant members of the pens. Too bad really! He admired the female. She was feisty, skilled, a born killer, but a female all the same.
He found it odd that her handler put her in here. She’d proven herself with every match, winning each round and advancing up the ladder. Usually an asset was treated with a little more respect, especially a female no less who’d won every bout. The crowds seemed to side with her during combat and he knew for a fact she’d made Master Luidoc’s pockets a little heavier. Didn’t make any sense that she’d be thrown in here!
He scrubbed a hand across his jaw considering. The female interested him for more than just her fighting skills. She was different, her species unknown to him. In many ways she reminded him of the Arkogian females. The body type was similar and they were known for jutting mammary glands but her delicate build and graceful movements decried that lineage. Arkogians were block-shaped and coarse, even more so than Deg’Nara females. Perhaps she’s a hybrid! Lot of us around these days, he admitted ruefully.
She’d drawn his attention from the first time he’d seen her fight in the pits. Slender and elegant, she looked more dancer than warrior. She was controlled, seeming bored even but that façade swiftly melted away when her opponent entered the ring. The only time he witnessed her control slip was when the female, Anashe he remembered, fell.
A few more paces and the mob would be on her and then it would be over. He drew a deep breath and exhaled. He stood up, gauging the distance to the ground and then dropped landing in front of the female.
He was within inches of the frontrunners of the mob, so close he could taste their reek. He spat, clearing his mouth of the vile aroma.
“Back off,” he growled, snapping his teeth. “Or it’ll be the last step you’ll ever take!”